At the centre of your controversy around ex-serviceman Ram Kishan Grewal’s death was his ostensible aggravation more than what he alleged was the non-implementation of A single Rank One Pension (OROP). In the State Bank of India branch in Bhiwani exactly where he drew his Army pension from, there’s one more reason that may have added to his frustration - a Rs 3.5-lakh loan that he took against his pension account.
It was a loan even his family is unaware of but sources within the Bhiwani SBI branch said Grewal had taken the loan in 2015. “In Could final year, Grewal had taken Rs three.5 lakh loan against his pension account,” said an officer in the bank.
But Grewal’s son Jaswant mentioned he was unaware of his bank transactions or loans. “Neither my brothers nor I know about our father’s transactions inside the bank,” he mentioned. Prior to April, when OROP was implemented, Grewal drew a pension of Rs 21,927 and final month drew a pension of Rs 22,608. According to Jaswant, his father had told him his pension should really have elevated to about Rs 30,000 “if the government had implemented OROP appropriately.”
The SBI branch mentioned claims, created by some officials yesterday, that Grewal’s reduce pension was a outcome of the bank “miscalculating the amount” had been wrong. 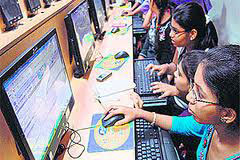 Branch Manager Ram Singh told The Indian Express that considering that April this year Grewal has been paid Rs 22,608. Singh said,” From April he has been paid this amount and there isn't any opportunity of any miscalculation. Neither did he orally or, in writing, supplied us with any complaint regarding this challenge.”
Singh added that calculation of the pension will depend on Pension Payment Orders (PPO) sent by the prior employer to the Centralised Pension Processing Cell of State Bank Of India in Panchkula. “The bank disburses the pension based on the PPO issued by the employer and in this case as well we've got performed the identical,” mentioned Singh.
Email ThisBlogThis!Share to TwitterShare to FacebookShare to Pinterest
Newer Post Older Post Home